I've been working on a lot of areas in our lives and sharing them with you. Today I want to talk about our food. Do you know where the food you eat comes from? Are you eating something in a plastic bag that is filled with yucky chemicals? I really hope that you aren't.
We started on this crazy journey by eliminating High Fructose Corn Syrup from our diets, then I eliminated palm oil (We only had one slip up there, DH bought PB with palm oil in it. I talked to him about it and he understands.) I'm not going to go into why these are bad for your body and there is conflicting thoughts here, but I think that the less processed food we eat, as a whole, we are better off.
Then I starting doing a whole foods diet. Where everything was whole before I processed it in my kitchen. For example, if we want potato fries I use a potato, chop it up and bake it in the oven in some oil. Sometimes I make them spicy or add a flavoring to them to change it up. Sort of at the same time we began making the switch from boxed foods that were being marketed as healthy, to foods that I make from scratch. They are always fresher and taste much better, in our opinion anyways.
I realize that not everyone has the time to do all of these things, but if you could just do a little bit to make your diet better you would feel better, sleep better, even have better sex because your body will be getting energy and oxygen to the blood that you can use. (Trust me...)


Now the next thing that I want to tackle in our kitchen is seasonal eating.

Here is a link to a site that explains a little bit about why you should eat seasonally.

Below, this is taken from the site mentioned above and I did NOT create this list, but it is a good starting point to think about. Just because something isn't on this list doesn't mean you can't eat it. But you will figure out what is in season in your area and what isn't as you go along. I've been trying to do this a little bit, but DH doesn't want to give up certain things. I'm working on alternatives for things right now. Since we are no longer by the ocean, sea food is old and really expensive by the time it gets to us. That's not acceptable in my book. So, I'm purchasing lake fish that are native to the area, like crappie, bass, catfish, perch, sunfish, walleye and trout.For replacing something like oysters I'm growing salsify, which tastes like oysters but doesn't have the texture or consistency so it's good in soups and stews.

This is a helpful list, but not all inclusive as I stated. But if you start growing your own garden you will soon learn when the seasons are around you. There are different regions and zones within the United States. So whats in season in the South isn't in season in the upper midwest. So, I've learned to adjust my eating. Certain things are never going to be in season in your location though. For example,  rice isn't grown in my area. Wild rice is and I try to eat that in the fall, winter and early spring as it is gathered in the fall. But, I buy a large bag of rice from the store in town when I need it. I'm still looking for someone local who collects it.

For me I love being able to walk out to my garden and pick my salad greens in early May before most people have even started planting yet.

It's a journey, but one I would love for you to join me on.

Starting off Here are my little poopers. To the left is Grayson and to the right is Calypso (We call her Caly for short.) 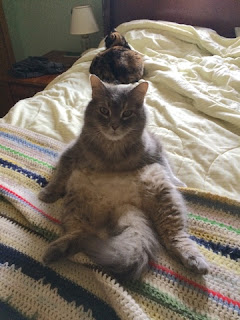 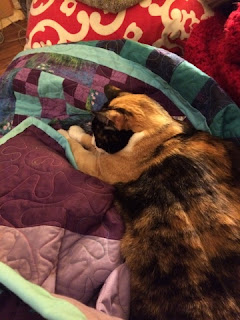 I wanted to add some visual aids to the zero waste cats. The hardest part about having zero waste cats is dealing with the litter, poo and the packaging it all comes in to you.

We can't do anything about the poo, that's a natural process. The liter and the packaging we can change!
This is a picture of the litter I used to use. I bought it in these big buckets because at least I could use the buckets for something, until they broke. Now I put the spent liter and the poo in this empty bucket. When it gets full(or close enough) I take it outside, dig a hole and cover it back up so it can compost. 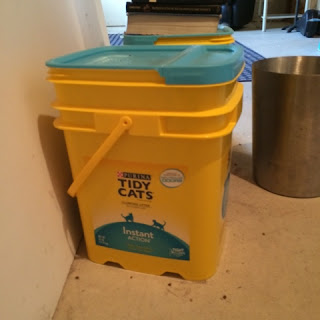 This is the liter we are using now. It's in a compostable cardboard container. I've already put one in my compost pile. I rip off the stickers and add them to the landfill waste, because it's plastic based and I try to keep that out of my gardens. 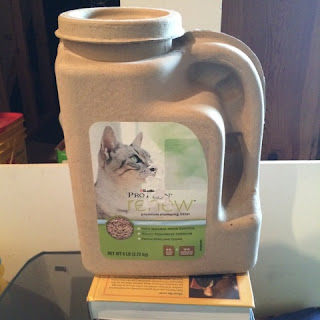 This is a picture of the compost inside. Its made from cedar and corn. It actually smells pretty good, but not like the chemical laden stuff. This is also widely available at Petsmart. (which is where I've been buying it.) It comes in 2 sizes. I buy the bigger size so I don't have to go as often. But, if I only had 1 cat I might just get the smaller one. 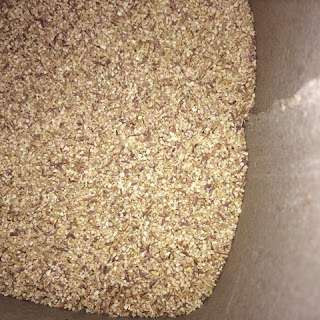 That's about all there is to it. It's simple, and not too much different than what I was doing.
We're working on going to a different food that I can recycle the bags for as well. I'm still on the search. Right now we're using Blue, because it doesn't have corn and soy products in it.
Are you zero wasting your pets? I'd love to hear any tips that you might have for us.
Meow!
Handmade by Dinie at 8:00 AM No comments:

Goal #1-Switch every family member over to using reusable bags

Goal #2- Stop using the plastic bags in the produce section.

Goal Obtained.
I thought this would be easy, and for me it is easy. DH goes to the grocery store so infrequently. But seems to keep bringing these bags home. I take them to the recycling container when I go shopping the next time and I don't say anything about it. But, he brought 3 home this month. Although he's using his reusable bag! :)

Goal #3 Stop junk from coming into the house

Will this ever happen?

Goal #4 Compost all paper that does come into the house.

Goal #6 Switch to "ReUsies" instead of plastic storage bags.

Goal Obtained.
What do I do with these zipper plastic bags I have now is the issue??

Goal #8 Get more serious about composting.

Goal #9 Switch to using handkerchiefs instead of tissue.

No Change.
I am composting the tissues I am using.
Trying to finish up the boxes that are left in the house. I still need to buy DH a hankie to use.

Still not feasible yet.
This may never be feasible for use because I cannot find a drop off recycle place in our area.
But, we are sending less and less to the landfill. :)

Goal #11 Make our own bread from scratch.

Trying to get all my jars in one place is difficult. I have some upstairs to use, but more things that I want to freeze are cooked meat (ham that I cooked and diced for something else. It's hard to break up in the jar.) and soup. The soup does well in the ice cream containers. ButI can't seem to get anymore of those. I really want to make sorbets in the summer with the extra fruits.
I'm not freezing as much as I thought I would be though. Maybe I just don't need this as much and the jars I have will work just fine with this?
Although, I do occasionally cut up bits of ham and freeze them. I'll probably need to freeze them on a sheet pan and then put them in the jar so I can get them out.

Total we sent out 2 bags for recycling and 1 bag for the landfill.
Handmade by Dinie at 8:00 AM No comments: